I used to frequent thrift shops, yard sales, and swap meets, looking for my next great vinyl fix.

Often, sellers would ask me ‘what are you looking for?’

The question annoyed me.

Because I never had an answer for it.

So I would always answer ‘I won’t know until I find it.’

Even then, I didn’t always know what I had found.

A few years ago, I stumbled on an album called Cameo by Marian Henderson.

It was released on Coral Records, an MCA imprint, in 1970: 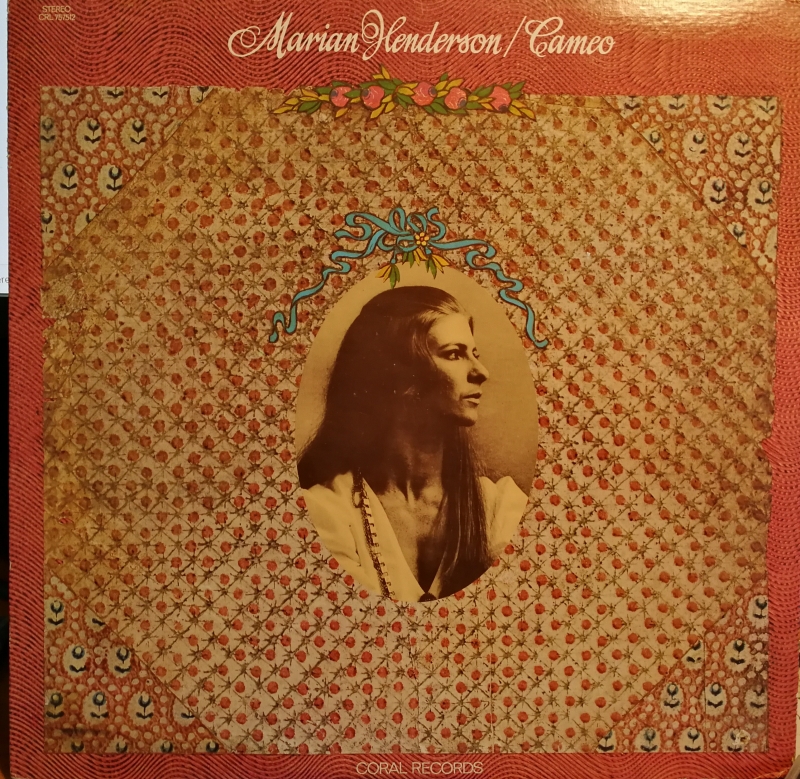 If you look her up, you’ll find her referred to as the ‘Queen of the Australian folk revival,’ which is fine, as far as it goes, but it is a bit limiting, if only because she clearly was influenced by and had a strong appreciation for jazz, which comes through in this recording.

There are 11 tracks on Cameo (I had thought the original Australian version had 12, but it’s been hard to confirm), and they range from traditional and contemporary folk to classic pop to a rather spirited take on Leonard Cohen’s Stranger Song:

Spurred by the urgent attack of the acoustic guitar behind her, Henderson leans into the intrigue and drama of the song, drawing out syllables here and deploying slight pauses there that allow jazzy filigrees of electric guitar to curl like smoke above her shoulder.

It’s a striking take, dispensing with Cohen’s measured, somewhat rueful ruminations for high wire, high stakes intensity, and–in keeping with the references to poker in the lyric–it pays off beautifully.

Henderson retreated from the music world not long after the release of this album, and passed away in 2015, leaving behind Cameo, something as rare and precious as its name implies. If you’re a fan of singers such as Sandy Denny or Karen Dalton, you’ll likely find much to enjoy in Henderson’s recordings.